The Maharaja Sayajirao University of Baroda

The Oriental Institute is a post-graduate teaching and research Institute right from its very inception. His Highness SirSayajirao Gaekwad III of Baroda conceived the idea in 1893 and felt the need for establishing the Oriental Institute which can collect and preserve the ancient treasure of rare Manuscripts and books. He founded the Institute in 1927 and invited scholars to edit these  ancient works based upon Manuscripts under the Gaekwad?s Oriental Series. For educating the common persons, he also started by donating Rs. 2 lacs, the Translation Branch, in which important works were translated and published under different Mala Series in vernaculars. After the establishment of the M.S.University in 1949, the Oriental Institute became the constituent part of the University. 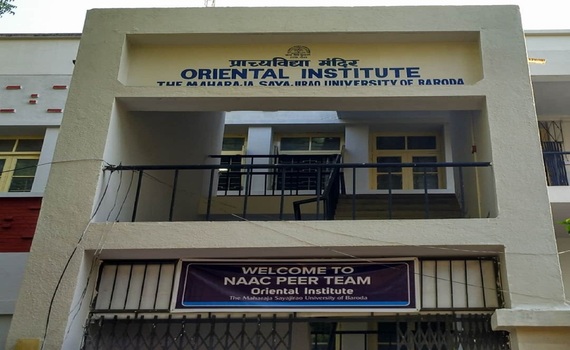 MSUB IN News View All